VIEW US ON SOCIAL MEDIA 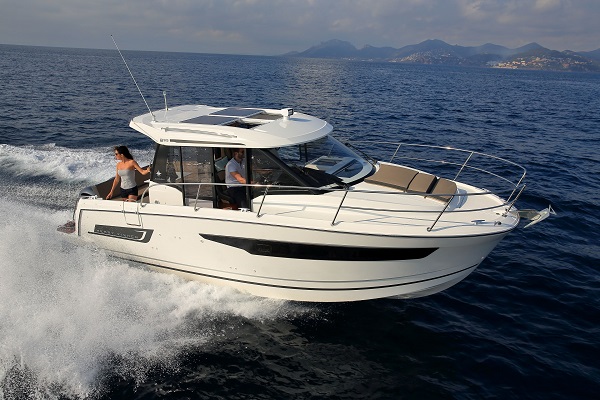 Yacht construction is our passion, which residents of Ostróda have had in their genes for over seventy years. It is a part of the past and present of Ostróda and a source of pride for future generations. We refer to this tradition and pride in the name of our shipyard, emphasising the importance of the place from which we come from.

Industrial‒shipyard construction of yachts is also our professional challenge. We are professionals in this field, based on education, practice and many years of experience. Our ambition is the production of excellent yachts, with modern methods, which guarantee complete repeatability of products with the highest level of safety and efficiency of the production process, in order to ensure full satisfaction of sailors. The recipe for the highest quality yachts is a combination of our passion, many years of experience of professional personnel with state-of-the-art technology, modern and attractive design and an uncompromising approach to quality.

Ostróda Yacht Sp. z o.o. is the largest builder of yachts and recreational boats in Poland, and in Europe ‒ as a part of French company Groupe Beneteau. We deliver our yachts and boats, under Jeanneau and Beneteau trademarks, to sailors in ports around the world. The company is a part of an international capital group of a world leader in the production of yachts and recreational and sport boats. It guarantees us unlimited access to the market on the global level and financial stability and protects against the impact of local economic crises. Presently, we employ over 850 people, while after investments in progress are completed, the number of employees will exceed 1,000 people. At this time, the company manufactures more than 30 models of motor and sailing yachts in the amount of about 4,000 units a year. The shipyard, located in Ostróda on an area of over 16 ha, has manufacturing facilities and halls with an area of 40,000 m2. The plant is fitted with cutting-edge high performance ventilation systems and technological solutions unique in the world

Investments made in the period of the last 15 years, including, most of all, robotisation of production processes and innovative, injection hull production technology have made the “Ostróda Yacht” shipyard one of the most modern plants in Europe, specialising in the production of motor boats with lengths of up to 10m. Every year, the engineering team of designers and construction engineers introduces into production 10 new models of yachts and boats, constantly modernising and improving their use parameters. As regards style of our products, we cooperate with Polish, Italian, French and American designers. Experienced technological personnel improve production processes by increasing performance, reducing material and energy consumption, lowering waste and pollution emissions and improving the OHS conditions.

The yacht shipyard in Ostróda has been active in the yacht and recreational boat market for 68 years. It is the longest continuously operating plant of this type in Poland and one of the oldest in Europe.

The history of shipyard activity in Ostróda dates back to the times of construction of the Elbląg Canal. To service the vessels used on this route, a repair and service plant with a dry dock and, shortly thereafter, a wood processing plant, were established. By the end of the 19th century, canal barges, canoes and small sailing yachts were produced in Ostróda based on wooden technology. After World War II, both plants were merged into one business, and in 1952 the production of wooden boats was resumed as the Ostróda Boatbuilding and Wood Plant.

In the second half of the 1970s, the name was changed to Shipbuilding Plants in Ostróda and modern (at those times) technologies of boat production from polyester and glass laminates were introduced, along with the production of motor and sailing boats for the Swedish and German markets and the former Eastern-bloc countries.

In 1992, cooperation was commenced with the Jeanneu French shipyard, which in 1998 became the property of the Groupe Beneteau industrial holding.

In 1994, on the basis of property located in Ostróda, a new business entity was established, named “Ostróda Yacht” Sp. z o.o.. In the same year, production activity in the plants at Mickiewicza and Gizewiusza Streets was discontinued. The ownership of the areas with factory buildings and a harbour basin and a dry dock was transferred to the City of Ostróda. Since that time, production activity has been focused on the regularly expanding shipyard at Spokojna Street.

In 2001, the shipyard of Ostróda, through acquisition, joined the “Groupe Beneteau” French capital group, which included the yacht shipyard “Chantiers Jeanneau” ‒ a strategic partner of “Ostróda Yacht”.

In 2008, a plant expansion project was started. A new OY2 yacht structure prefabrication department with a freight-forwarding hall and storage yards were built in Ostróda at ulica Łódzka and other manufacturing facilities were upgraded. The plant was opened in the second half of 2009, introducing injection hull prefabrication technology and the first robotised processing stations.

A modern implementation department was commissioned in 2017, with a prototype workshop, equipped with two CNS machines for industrial form template / model surface machining. At the same time, the next stage of expansion of the plant was begun, consisting in the construction of a OY3 prefabrication hall and a HM4 assembly hall with expansion of the existing warehousing facilities, carpentry shop and freight-forwarding. The new plant will be opened in June 2018.